The Gift: The Words & Music of Ian Tyson 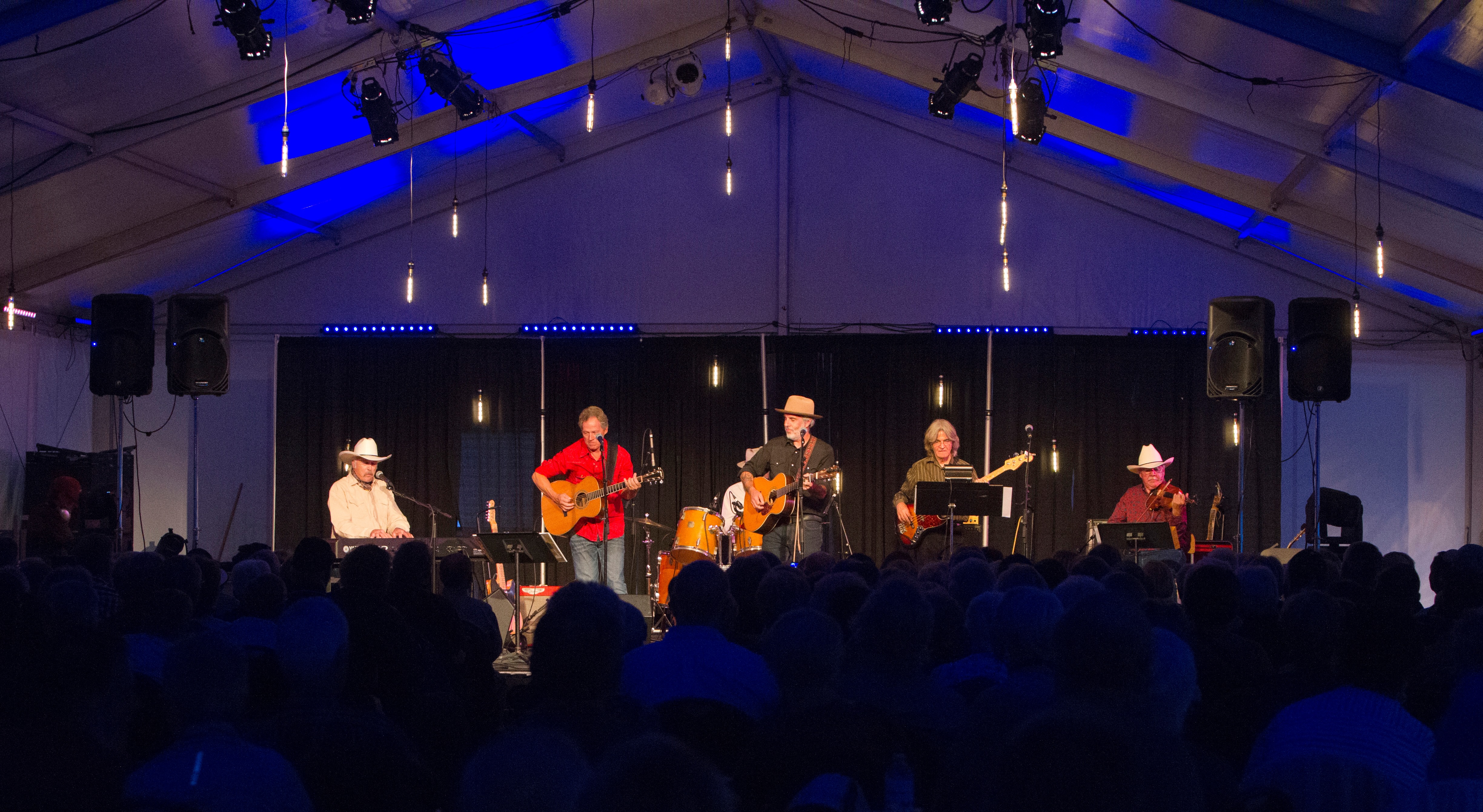 Ian Tyson's one-time sidemen, collaborators and musical admirers come together under the banner of The Gift. Led by pianist and vocalist Stewart MacDougall, who has written, toured and recorded with Tyson, the band includes fellow Tyson alumni: Thom Moon on drums, Gordie Matthews on guitar, fiddle ace Myran Szott and Julian Kerr on bass. The line-up also includes former One Horse Blue lead singer-guitarist Ian Oscar as well as vocalist Tracy Millar who has enjoyed her fair share of radio play on country stations for some 15 years. Award-winning Alberta folk-roots singer John Wort Hannam is also part of the cast.

The Gift weaves through 50 years of Tyson's catalogue of memorable music from the days of Ian and Sylvia, through Ian's honky-tonk years and on to the days of his cowboy culture pieces. All of Tyson’s hits find their way onto the set lists including Four Strong Winds, Someday Soon and Some Kind of Fool, to Navajo Rug, Springtime In Alberta, and 18 Inches of Rain and others.

Cheesecake will be served at intermission.

Series tickets on sale NOW. Tickets to this event only will be on sale soon!

This event is part of the 2022-2023 Lloydminster Concert Series which is ON SALE NOW and includes:

Save $85 with series pricing